NBA Players Who Have Flopped & Flashed 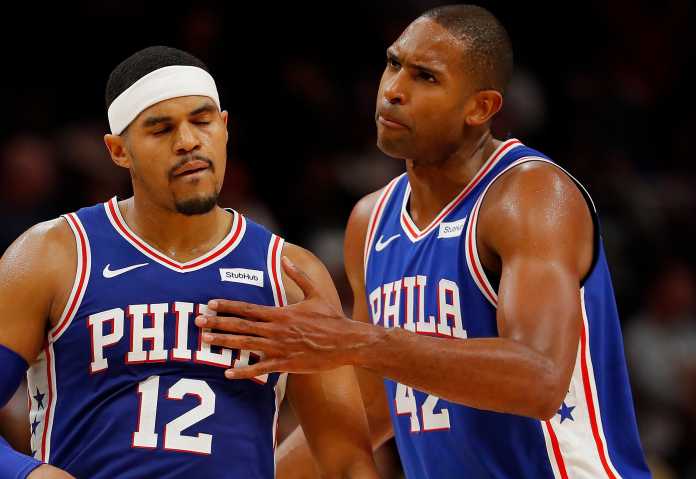 David Fernandez
A freelance writer with more than 10 years experience, David is based in sunny Miami, FL. He holds a master's degree in English and Creative Writing, and teaches Journalism. As a freelance writer, David concentrates on sports, health, education and entertainment.

NBA players changing teams can be so exciting. There’s inherent risk for teams signing free agents or making blockbuster trades. That risk extends into the draft, especially the lottery, where the hopes and dreams of the fanbase are pinned on one pick.

New players have a short time to get acclimated, but they’re soon expected to produce. With millions of dollars on the line, these teams hope they’ve hit big on a player, and sometimes struggle to recover when those players flop.

Some of these players will have a chance to either improve or continue their great play soon. The NBA seems poised to return in late July.

Here’s a look at eight NBA players that have flopped with their teams, and eight who have flashed.

The Denver Nuggets are challenging for the Western Conference title this year, and Gary Harris was supposed to be a key cog. Unfortunately, though, the 25-year-old guard is averaging 10.2 points-per-game on 40.5 percent shooting, his lowest averages since his rookie year.

Harris is less than two years removed from a 17.5 point-per-game season that saw him land a 4-year, $84 million extension. He seemed on the cusp of All-Stardom then, but he’s flopped since.

Kendrick Nunn has come out of nowhere for the Miami Heat. The undrafted rookie was signed out of the G-league at the end of last season and has proceeded to inject himself into the Rookie of the Year discussion.

Nunn has started every game for the playoff-bound Heat. He’s averaging 15.8 points-per-game, which is second-most among qualifying rookies, and 5.3 assists-per-game. He makes 45 percent of his shots and plays clutch minutes for Miami.

The Chicago Bulls thought they’d landed a star after drafting Lauri Markkanen seventh overall in 2017. Part of the Jimmy Butler trade, Markkanen blossomed into a stretch-big who earned a spot on the All-Rookie team with future All-Stars Ben Simmons, Donovan Mitchell and Jayson Tatum.

In his third season, though, Markkanen has flopped. He’s struggled with injury and has posted career-lows across the board, including points-per-game (15.0) and field-goal percentage (42.4).

When Chris Paul was traded to Oklahoma City as part of the Russell Westbrook deal, no one expected him to have an All-Star renaissance. But he did. Paul made his tenth All-Star team, and first since 2016. He’s played better with the Thunder than he did over two years with Houston.

Paul has guided Oklahoma City into the thick of the Western Conference playoff race. They could even matchup with Houston in the first-round.

The Sacramento Kings had an opportunity to reshape their woeful franchise in 2018 with the No. 2 pick in a draft that had two difference makers. Alas, the Kings went with option C, Marvin Bagley III.

Bagley’s only played in 13 games this season, after missing 20 as a rookie. He’s still young, but has flop written all over him considering the player drafted after him, Luka Doncic, is an All-Star and MVP candidate.

Devonte’ Graham came into the league as a second-round pick in 2018. 33 players were drafted ahead of him that year, but a redraft would probably land Graham in the top five. The 25-year-old point guard has made the leap in his second season, jumping from 4.7 to 17.6 points-per-game.

He’s started 49 games and dishes 7.5 assists-per-game, eighth-most in the league. Graham has emerged as a potential building block for the Charlotte Hornets.

When Utah traded for Mike Conley, they landed one of the most productive players to never make an All-Star team. They thought he’d be the piece for a deep playoff run. After all, Conley helped guide the Memphis Grizzlies to two conference finals appearances over his career.

With the Jazz, though, Conley has flopped. The former fourth-overall-pick is putting up some of his worst numbers in 10 years and has missed significant time to injury.

Fred VanVleet’s emergence from undrafted also-ran to key-cog on a title team has been one to watch. As a rookie, VanVleet played 37 games, averaging 7.9 minutes and 2.9 points-per-game.

This season, VanVleet has helped fill the void left by Kawhi Leonard. He’s started 48 times after starting only 28 over his first 177 games. VanVleet is averaging career-highs in points (17.6), assists (6.6) and steals-per-game (1.9). He’s in line for a big free agent payday this summer.

The New York Knicks have been on a treadmill of mediocrity for years, and Kevin Knox was to supposed to help them off. The ninth overall pick in 2018 came in with high-upside and great size. He struggled as a rookie, though, shooting just 37 percent but averaging 12.7 points-per-game.

In his second season, Knox has flopped. His scoring average is down to 6.6 points-per-game and his minutes-per-game have been cut almost in half.

Former first overall pick in 2017, Markelle Fultz has turned some heads in his third season. Once assumed to be the final part of the “process,” Fultz only played in 33 games over his first two seasons, flopping in Philadelphia.

The Orlando Magic drafted Mo Bamba sixth overall in 2018, ahead of players like Shai Gilgeous-Alexander among others. He played only 47 games his rookie season thanks to a foot injury. He only scored 6.2 points-per-game on 48 percent shooting.

Part of the complicated traded that landed the Los Angeles Clippers Paul George, Shai Gilgeous-Alexander has emerged as a steal in the deal. The eleventh overall pick in the 2018 draft, SGA has outplayed all but two of the players chosen before him.

With the Thunder, Gilgeous-Alexander has exceeded expectations by averaging 19.3 points-per-game and playing over 35 minutes-per-game. This season, Shai’s become one of the top young two-way guards in the league.

Dennis Smith Jr. came out of NC State as one of the most intriguing prospects in the 2017 draft. Selected ninth overall by the Dallas Mavericks, Smith looked poised as an All-Star talent after his rookie season where he scored 15.7 points-per-game.

But soon thereafter, Smith fell out of favor in Dallas and was traded to New York. With the Knicks., Smith has been a flop. He’s down to 5.5 points-per-game in 15.8 minutes.

The second overall pick in the 2016 draft, Brandon Ingram was supposed to be the foundation of a new Showtime era in Los Angeles. But instead, he was trade fodder to land the Lakers another star to pair with LeBron James.

Ingram’s time in New Orleans has seen 22-year-old earn his first All-Star appearance. He’s averaging career-highs in points (24.6), rebounds (6.3) and assists (4.3). Ingram has emerged as a legitimate star for the Pelicans.

Former first-overall pick, Blake Griffin’s a six-time All-Star. He played on elite teams in LA but has struggled with injuries. Griffin signed an extension with the Clippers, but was traded to Detroit.

With the Pistons, Griffin’s been a flop. This season, he averaged career-lows across the board, and played in only 18 games before a knee injury ended his run. And he still has two years and $75-million on his contract for a rebuilding team.

The Miami Heat took Bam Adebayo fourteenth overall in 2017. Since, he’s grown into one of the NBA’s best young bigs as a first-time All-Star in 2020.

Adebayo has nearly doubled in his scoring average, from 8.9 last season to 16.2 this year. His 10.9 rebounds-per-game are ninth-most in the NBA. His 36 double-doubles are seventh-most. Adebayo has emerged as a franchise cornerstone for Miami and could be the NBA’s Most Improved Player this season.

Deshaun Watson and his new contract extension with the Houston Texans may not lead to future success. Ian Rapoport reported...
Read more
Analysis

NFL teams used cut day to trim down their rosters as they prepare for the 2020 regular season. Saturday saw NFL teams cut down their...
Read more

Jadeveon Clowney and his long wait are finally over as the Tennessee Titans have landed the best available player in free agency. It was an...
Read more

The Brooklyn Nets hiring Steve Nash is a major risk with no experience on the resume. Surprised NBA fans got the news Wednesday that the...
Read more
Instagram
©