The final hire of the 2020 NFL coaching carousel has been made as they were five jobs up for grabs. This season’s group had a great combo between newcomers and veterans with a winning tradition. Most of the hires have offensive background. This seems to be the trend going for NFL teams the past few seasons.

Let’s take a look at the NFL coaching carousel hires and examine who got it right and who might have missed the mark.

He was the runner up last season to Freddie Kitchens. But this time Kevin Stefanski comes out at top. Even with Josh McDaniels’ name being floated as a candidate, owner Jimmy Haslam had his heart set on making the hire he wanted in the first place.

After John DeFilippo was fired as the Vikings offensive coordinator last season, Stefanski stepped in and did a good enough job this season. The Vikings’ offensive numbers improved as we saw Kirk Cousins take a big step forward in 2019. Dalvin Cook had a career high in rushing yards and touchdowns this season as well. Despite the team folding in the loss against the 49ers, Stefanski has shown that he can call an effective offense.

The issue lies with the fact that he has only been a coordinator for a year-and-a-half and now takes the leap to head coach. He’s also been with only one organization (Minnesota) since 2006, which will be an adjustment for him.

The good news is that he will have plenty of weapons on offense with Baker Mayfield, Nick Chubb, Jarvis Landry, and Odell Beckham Jr. The bad news is that Mayfield had a bad season. His focus has to be fixing him and get him to throw the ball to Beckham Jr. early and often. He will also have to deal with the drama that the team has produced the last couple of years.

This might be one of the toughest jobs around. The Browns have had eight head coaches since 2010 (yes, eight head coaches). It’s a job that is tough to keep. And with the talent on this roster, the pressure is on to win-now and win often. New culture must brought to this organization that adds consistency. Stefanski will either have an easy time with this talented roster or will struggle to adapt and fail quickly. Cleveland has ridden the NFL coaching carousel two off-seasons in a row.

You know you must be a pretty good coach if both Nick Saban and Bill Belichick hire you at some point. While Joe Judge ranks low on the list, there wasn’t a coach who had as great an introductory press conference as Judge. He was impressive and understands the pressure of being a unknown coach, but it never seemed to bother him. He looked confident and well spoken when talking about the type of team he wants.

The hire does seem odd in the sense that he coached a receivers group in New England that struggled. His special teams unit though was one of the best this season. Belichick spoke very highly of him. He must have impressed the Giants since they never got to interview Carolina Panthers new head coach Matt Rhule. They were set on making Judge the head coach.

Judge does have a lot of work to do with this Giants team. Daniel Jones will need some development after completing his rookie season. Saquon Barkley should provide a spark for this offense, but the receiving core needs some help. Defensively, they need to make some major changes as they struggled against the pass and run.

His inexperience is a concern, but coming from the Saban and Belichick coaching tree is not something to huff at. He has a lot of work to accomplish in one of the toughest markets to impress the media and fans. Giant fans have to hope that he is able to pick it up quick and help the Giants take a big step forward from their two years with Pat Schumer.

Former Baylor coach Art Briles left the Bears program in shambles after their penalties from the sexual assault allegations towards players on the football program. Matt Rhule came in and took a 2-win program to the brink of the College Football Playoff. It was one of the most impressive coaching jobs in recent memory. Not only that, but he previously made Temple into a 10-win a season program. It’s easy to understand why Panthers owner David Tepper refused to leave until Rhule agreed to be the next coach of Carolina.

We all knew that it was bound to happen. Rhule would transition to the NFL even though he told his players that he wasn’t going to leave. When anyone gets offered $8-9 million a season, that’s hard to resist. Plus, the Panthers are not in terrible shape as a team so it is an appealing job to have.

Of all the college coaches open to be hired in the NFL, Rhule might be the safest choice. He’s now known for rebuilding football teams like he will have to do for the Panthers. The history of hiring college coaches has not been so nice though. It’s been a while since Carolina had ridden on the NFL coaching carousel, so let’s see how this goes.

Ron Rivera is a proven winner. He took the Panthers to the Super Bowl and made the postseason four times, winning the NFC South three straight years from 2013 to 2015. It’s becoming rare to find a team hire a defensive coach as head coach. Rivera, however, has been able to develop some good defenses in his time. He’s well respected around the league because of the success he has had as a player and coach.

Washington needed to bring in a coach who has experience and bring in a new attitude of winning. They have young talent on offense including quarterback Dwayne Haskins and a wide receiver core that played significant time. The problem this year is they suffered many injuries during the season, which resulted in bad play from both sides of the ball. But hope was shown as the team played better after Jay Gruden was fired.

Owner Dan Snyder has made bad calls on hires and signings since his time of taking over the team. This is one, though, most fans can stand behind. Rivera has to develop this team and it may take a few years. But if Snyder is able to show patience with the veteran coach, this could be a team that makes some noise soon.

I can’t question the decision made by owner Jerry Jones. This team underachieved badly this season going 8-8 when they should have ran away with the NFC East. Jones knew he needed a proven winner to take over this team. That’s why it was no surprise when he interviewed former Bengals coach Marvin Lewis and former Packers coach Mike McCarthy. It was clear from the beginning what the choice was going to be: Super Bowl-winning coach McCarthy.

During McCarthy’s year off, he and some assistants watched a ton of football to use analytics and examine new ways to coach in the modern era. It’s impressive to see McCarthy take this step as he is known as being an old school coach. That’s what caused the many reported issues between Packers quarterback Aaron Rodgers and McCarthy. It seems as though McCarthy has learned his lesson from his previous coaching experience. He seems poised to take the Cowboys back to the Super Bowl.

He has all the talent in het world with Dak taking a major step as a quarterback. Ezekiel Elliott ran the ball hard, and Amari Cooper came up big as well. The defense can use some work in the secondary. Their young, talented linebackers had an off year so they will need to get their mojo back. Special teams was a mess as kicking was a major problem, leaving points on the board.

This is the NFL coaching carousel hire that makes the most sense. It needed to be made to help this team not take a step back. No, it’s not the flashiest hire of all five hires, but this is the safest hire that should mean big things in big D. McCarthy will have a short leash as Jones will be expecting him to win right now. If a Super Bowl appearance isn’t made in the next three seasons, McCarthy could be looking for a new job. On the flip end, if can win a Super Bowl early, he will have some major job security for years. 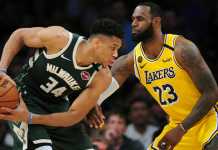 NBA Season Potentially On The Brink 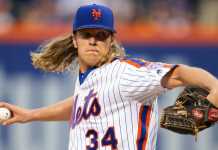 Opinion: Despite Injury Concerns, Syndergaard Worth the Gamble 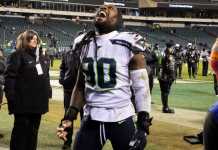