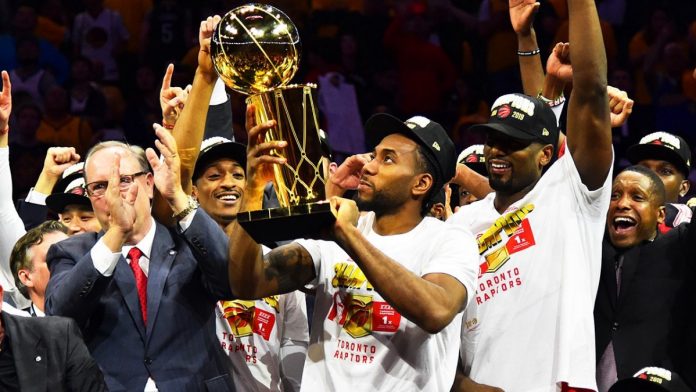 David Fernandez
A freelance writer with more than 10 years experience, David is based in sunny Miami, FL. He holds a master's degree in English and Creative Writing, and teaches Journalism. As a freelance writer, David concentrates on sports, health, education and entertainment.

NBA teams are vying for a spot in the NBA Finals for a chance to play for the 2020 NBA Championship. While there are a number of teams who envision themselves hoisting the Larry O’Brien Trophy, it’s time to decide whether those teams are either an NBA Championship Contender or Pretender.

Here’s a look at the NBA Championship Contender or Pretender list, with five contenders and five pretenders.

Boston has three players averaging over 20 points per game this season in Kemba Walker (22.3), Jayson Tatum (21.5) and Jaylen Brown (20.1). Gordon Hayward is averaging 17 points per game on 51.7 percent shooting and seems to be finding his pre-injury form. With its length and ability on the wing, Boston stands the best chance against the Bucks.

The tragic death of Kobe Bryant will have no greater effect on any franchise than the Lakers. What the league should fear at this point is that the passing of Bryant might galvanize a group that is already one of the best.

The Lakers hold the top spot in the West with their 37-11 record, four games ahead of the Clippers. They sport the league’s second-best Net Rating (7.1) and are 6-4 in their last 10. They have a top-four Offensive Rating (112.6) and have the best Defensive Rating in the West (105.5). L.A. may pursue another defensive-minded wing at the trade deadline.

The Clippers have yet to show their hand. Kawhi Leonard and Paul George have played together in just 18 of the team’s 47 games. In those games, the Clippers are 14-4 with a Net Rating of 10.6, which would be the second-highest mark in the league.

In total, the Clippers have a fourth-best Net Rating in the league at 6.4 and are 7-3 in their last 10. They’re fifth in Offensive Rating (112.4) and sixth in Defensive Rating (106.0). They aren’t forcing anything with their lineups because the team knows it’s all about the playoffs. They’ll want to remain at least the No. 3 seed in order to avoid the Lakers in the Conference Semi-finals.

The Bucks own the best record in the NBA at 41-7. They’re running away with the East and Giannis Antetokounmpo is making a run at his second straight league MVP. The Greek Freak seems to have taken the mantle of best player from LeBron James, but he’ll need a Finals run to solidify that sentiment.

The Bucks sport the league’s best Net Rating at 12.2, a full five points better than the next team. They’re second in Offensive Rating (115.8) and first in Defensive Rating (101.7). It’s hard to imagine a team in the East pushing them to a Game 7, especially if Khris Middleton can drop 51 points like he did on Tuesday night.

The race for the No. 2 seed in the West will be a brutal one down the stretch, but the Jazz are poised to make a run. Utah has the seventh-best Net Rating (5.2), Offensive Rating (111.6) and Defensive Rating (106.4). Donovan Mitchell should be an All-Star reserve since he’s averaging 24.9 points per game on 46.2 percent shooting. Bojan Bogdanovic has also played well for the Jazz, putting in 21.3 points per game on 45.5 percent shooting.

At 32-17, Utah is two games behind the Clippers. But since Dec. 1, they’ve been one of the best teams in the West. Through December and January, the Jazz were 20-7 with the second-highest Net Rating (7.1) and top Offensive Rating (115.6) in the NBA. Rudy Gobert has been a stalwart defensive anchor and Mike Conley is returning to form after injury.

The NBA Championship Contender or Pretender list continues here with the teams that are fooling themselves.

The Nuggets have been a schizophrenic team this season, and their inconsistent play in January has them teetering on a slide down the standings. Denver is 34-15 and holds the No. 4 seed. The team sports a 3.3 Net Rating (11th), a 110.9 Offensive Rating (12th) and 107.6 Defensive Rating (10th).

Since the start of January, the Nuggets are 9-5 with the 10th-best Offensive Rating (113.8), but they’ve struggled defensively. In January, Denver is 21st in Defensive Rating (112.1). Nikola Jokic’s numbers are a little down this season, but the defensive slippage can be tied to Paul Millsap’s injury woes.

Everything in Clutch City goes through James Harden and Russell Westbrook. Harden is averaging 36.1 points-per-game on 43.9 percent shooting. Russ is at 26.0 points-per-game on 45.2 percent shooting. Between the two, they take more than half of the team’s average field goal attempts a game (45.6 for Harden and Russ; 90.8 for the team in total). Yes, Eric Gordon went off for 50 on Monday night, but neither Harden nor Westbrook were in the lineup.

The Heat are one of the surprise stories of the NBA this season. Most pundits thought they’d fight for a playoff spot in the bottom tier, but until Tuesday’s loss versus Boston, the Heat held the East’s No. 2 seed. At 33-15, Miami has been one of the league’s best home teams (21-3) and is undefeated and a league-best 8-0 in overtime.

Miami sports a Net Rating of 3.3 (10th), an Offensive Rating of 111.5 (eighth), and a Defensive Rating of 108.2 (14th). Since mid-December, though, the team is 13-8 with a terrible Defensive Rating (112.2; 24th). Jimmy Butler and Bam Adebayo are playing like All-Stars, but recent injury issues have stretched the team’s depth. Justise Winslow has played only 11 games this season and might be shut down with a back injury.

Yes, Joel Embiid returned from injury and looked great, but that performance doesn’t clean up the mess that is the 76ers. At 31-19, Philadelphia is the East’s No. 5 seed but holds only a half-game lead over the Pacers. They’re 6-4 over their last 10, and are 9-17 on the road this season.

The Sixers hold the league’s ninth-best Net Rating (3.6) and third-best Defensive Rating (104.9), but the team’s Offensive Rating (108.4) is 20th. Embiid has been great when he’s in the lineup, but he’s injury-prone. Ben Simmons hasn’t developed at the rate many were expecting. Philly lacks a crunch-time creator and is thin on the bench.

The Raptors currently hold the No. 2 seed in the East by one game over the Miami Heat. They’re 35-14 and and have won 10 straight. Some are surprised by this, considering preseason predictions had the Raptors no higher than the No. 4 seed.

Toronto holds the fifth-best Net Rating in the league (6.2) and the second-best Defensive Rating (104.4). Their Offensive Rating, however, is 13th (110.6). Pascal Siakam earned an All-Star starting nod with his 23.8 points-per-game on 45.8 percent shooting. The team, though, isn’t deep enough for a sustained run. Marc Gasol is having a down year and while OG Anunoby has been good, the Raptors rely too heavily on a short rotation.

Deshaun Watson and his new contract extension with the Houston Texans may not lead to future success. Ian Rapoport reported...
Read more
Analysis

NFL teams used cut day to trim down their rosters as they prepare for the 2020 regular season. Saturday saw NFL teams cut down their...
Read more

Jadeveon Clowney and his long wait are finally over as the Tennessee Titans have landed the best available player in free agency. It was an...
Read more

The Brooklyn Nets hiring Steve Nash is a major risk with no experience on the resume. Surprised NBA fans got the news Wednesday that the...
Read more
Instagram
©