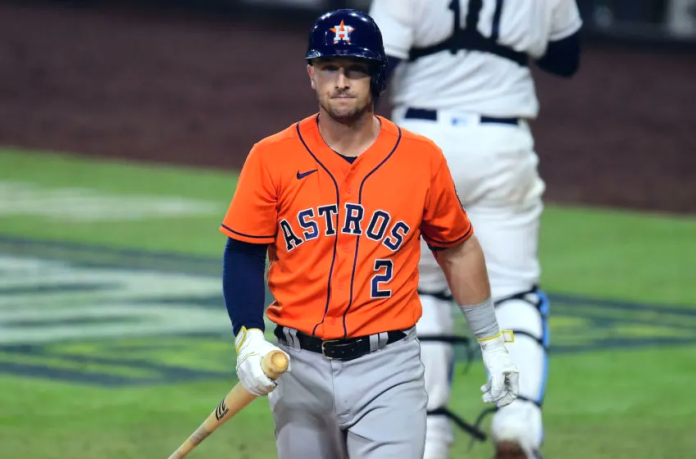 Astros roster news has been breaking fast the last few hours. First Mark Berman posted the cryptic tweet that there would be roster moves today, but that the team would play.

MLB sources: The Astros will announce some roster moves shortly, but will play the Tigers tonight at Minute Maid Park.

Then it was accidentally announced earely that De Goti would be getting the call-up.

Congratulations to Alex DeGoti (Class of 2012) on his call up to the Major Leagues today with the @astros !!! Alex is the second @BelenJesuitNews player to make it to the Show!! pic.twitter.com/9MYKwn3iP9

The addition of a player to the 40 man roster seemed to confirm what we would soon learn. 5 Astros are being held out for health and safety reasons. Alex Bregman, Jose Altuve, Yordan Alvarez, Martin Maldonado and Robel Garcia are all unavailable. Replacing them will be Taylor Jones, Garrett Stubs, Abraham Toro, Alex De Goti, and Ronnie Dawson.

Tonight’s lineup looks like you’d expect it to last minute. Diaz is at 2nd, Toro is at 3rd, and Castro is catching (which might have been the case anyway). Ronnie Dawson is slotting in at DH. Which was the only position that didn’t have an obvious replacement.

At the moment details on the Astros roster are scarce. Knowing Dusty Baker I 100% expect him to accidentally tell us who is actually sick and when everyone is returning in the post-game tonight. Right now though, it is probably ok to assume this is contact tracing for at least 4 of the players. This is because we were told they all received their first shot two weeks ago. Straw only missed a few days in Spring Training to get a couple of negative results. Hopefully, that is the case here. If not, this is one of the better stretches to have this happen. There is a 4 game series against the Angels, but otherwise, it’s Seattle and tonight’s last game against Detroit. Those are games Aledmys Diaz and the young guys could get us through. Possibly get us through in better shape than the last 4 games.

We should also remember it is entirely possible all 5 are for contact tracing. Do not forget the Rockets and their issues when a barber tested positive and a large portion of the team had to quarantine. Maybe a groundskeeper or security personnel has tested positive after coming in contact with guys on the Astros roster.

The good news is we don’t have to worry about the offense being any worse than it has been the last 4 games. Because. You know. Garbage.

Alex De Goti went 3-for-3 on Monday; he could be an option for SS in the near future. (h/t @greentunavinyl) pic.twitter.com/h5R4rBRinD

And at the moment the depleted bullpen seems to be fine. So hopefully the team can still manage to find the winning track again. Until then stick with Crush City Station for your Astros news. And don’t forget to take a look at your Astros fantasy players with our Fantasy Fridays articles.