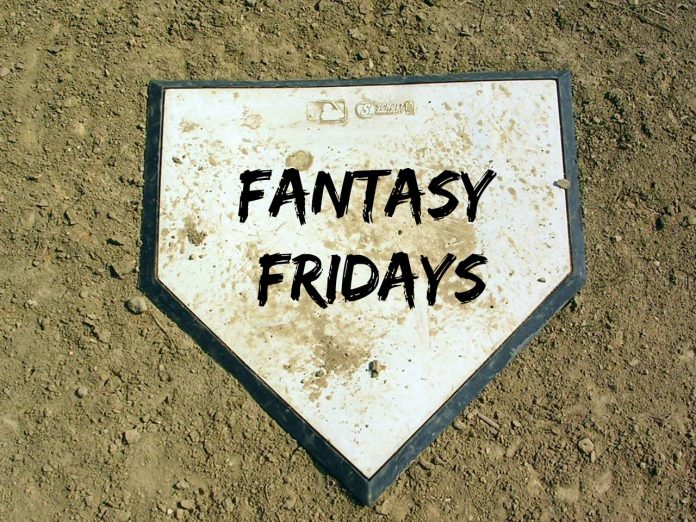 As the poet Robert Burns said, “The best laid plans of mice and men often go awry”. So it was for me in the preseason here at Crush City Station and Fantasy Fridays. However, the real season is here and I will try to match the output of the Astros vs. the A’s

It is too late for the preseason fantasy player breakdown, but I will give a condensed version here. We will look at the most fantasy-relevant players and where they stand at the beginning of the season.

Coming into the season I was very high on Altuve. I know it’s easy to say now but look at my teams. I was all in.

Last year was bad. Very bad. It looked as though Altuve had finally taken that big loss against father time. However, once the playoffs came around he started to look a little more comfortable at the plate. Then we learned in spring he lost some family members last season, and it was beating him down. It’s probably too late to get him if you don’t already for this season. Jump on it if he’s there.

Jose Altuve stole a run in the seventh. pic.twitter.com/Dqf7hE6tOP

Brantley was another Astro I was big on this spring (hint: this will be a recurring theme). After two games Brantley was the hottest hitter in baseball and then took one off the wrist. The Astros left fielder is supposed to be back soon. When he’s back keep him going with confidence. Brantley has never really had a bad offensive season.

He’s also not injury-prone as people claim. He had one horrible injury that cost him multiple seasons and surgeries. He will likely have an IL stint at some point this season, but how many players won’t?

For the third straight year, Michael Brantley has hit an #OpeningDay homer. pic.twitter.com/iqvAxBj2PP

I was ready to tell people to expect the normal Alex Bregman, but maybe have a contingency plan for the early season. Bregman has been notorious for starting slow, so that advice made sense.

Should Bregman maintain his hot start till he hits his normal mid-season form, voters will have to weigh their Astros hate against a sure-fire MVP season.

Alvarez is a beast at the plate. The only worry is the condition of his knees. However, as I’m writing this we all just saw him run 1st to home and appear to be fine the whole way. If his knees are fine we could be seeing the birth of the next Big Papi.

Every year Correa enters with the ability to be the best… if healthy. 2021 is no different. Correa is not having a good first series, but I’m not worried. The man in the contract year will produce for fantasy.

Tucker is widely viewed as a guy ready to take that big jump. He showed signs of becoming a top-line hitter last year with more playing time. So far he looks to be in a slump in this first series. I suspect he will show some signs of a young streaky hitter for a few months but should be a benefit to your team by the time it is all done.

Yuli was another guy many people wrote off as over the hill last season. He has had a problem throughout his MLB career with keeping his stance to closed. This offseason Gurriel said he worked on keeping his stance open. So far the results have been good. Gurriel has made a fantasy career of being a decent late-round MI, this year looks to be the same.

Greinke enters the season facing the same criticisms he’s scene for five year now. His speed is slower and he’s getting older. I’m not worried. One year he finally will be over the hill, but there’s no reason to believe it will be this year.

A promising first full season has been partially derailed due to a broken finger. The good news is it is not supposed to be major and a lot of people dropped him. Keep a look out on your fantasy wires for a guy that could be a game changer when he returns.

The young fireballer has some flaws. Chief amoung them is the need to develope a reliable third offering. He will have some absolute gems. He will lay a few eggs. Expect him to spend time as a long reliever after Framber returns. Could still be really useful in holds leagues.

First pitch is 30 minutes away.

Reminder, Cristian Javier was a finalist for 2020 AL Rookie of the Year pic.twitter.com/9U3GneEnSW

My prediction is we will finally see the chains taken off McCullers innings wise and the team will try to get at least 150 innings. This is something he’s never done before and could be a path to Cy Young votes. It could also be a trip to the IL in late August with dead arm. Either way you want him on your squad.

After making his presence known in the 2019 World Series, we were all excited to see him in 2020. Covid sidelined him for most of the season, and he never really found his rythm. There was some promise down the stretch and we are once again excited to see what he can do.

Jose Urquidy has finished his day after 4.1 innings.

Here’s the final strike of each of his 5 strikeouts. pic.twitter.com/4r8uUIJqyB

Odorizzi is one of the bigger offseason signings of the last decade. There’s no doubt he was signed because the team was unsure about Framber Valdez’ status. He will still add some wonderful depth to the rotation, alowing Javier to got to the bullpen. Odorizzi is a decent pitcher that has some of that Brent Strom potential. He will be a useful pitcher at the end of a fantasy rotation.

Pressly is one of the premier fantasy closers. In redraft leagues he’s one of those guys you drop in your roster and forget about unless he gets injured. He has had a few injuries, so don’t totaly ignore him. In dynasty leagues try to move him. There is a thing about relievers being fantasy dominant for more than 3 seasons. It doesn’t happen. You can literally count on one hand the guys who have dominated more than three seasons. And one of those is Mariano Rivera.

I love my Stros and hate the Yanks.

This team is loaded with fantasy viable talent. Everyone outside the guys listed will need extra attention to currate and move guys around. The bullpen especially examplifies this work/reward aspect. I personally want to see the team try Josh James as a late inning fireballer. There are definitly options that can bring fantasy results.

Stay with us throughout the season at Crush City Station for all your Astros needs. And if you havent looked at it yet, read our Fantasy Friday Intro to Stats article here.